This is the rear of Monument 77 from the Olmec city of La Venta and dates somewhere between 1300BC and 200BC. If you wonder why they give such magnificent idols such drab names then this is a great example. The plaque on this idol in 2002 described it as being “The Governor” and thought it to be of a great ruler of La Venta. However, new research suggests that this is the Rain God as he features the pleated ear-bars, ornamented cloak, and the “X” symbol on his chest. 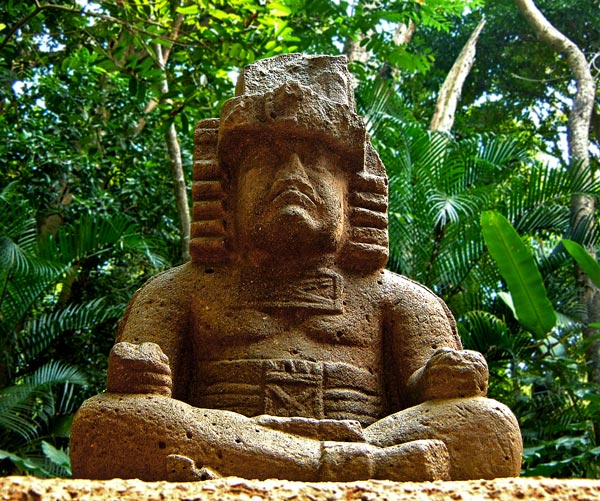