This is the rear of Monument 77 from the Olmec city of La Venta and dates somewhere between 1300BC and 200BC. The rear image uncovers some finer details not apparent to the front, such as the two crocodiles on his head, and the repeated use of the “X” symbol. The museum plaque calls this person “The Governor”, echoing the belief that the is the image of a ruler from the Olmec city of La Venta. However, he does meet all the criteria used to describe the Were-Jaguar and Rain God, including the pleated ear-bars, ornamented cloak, and the “X” symbol on his chest. 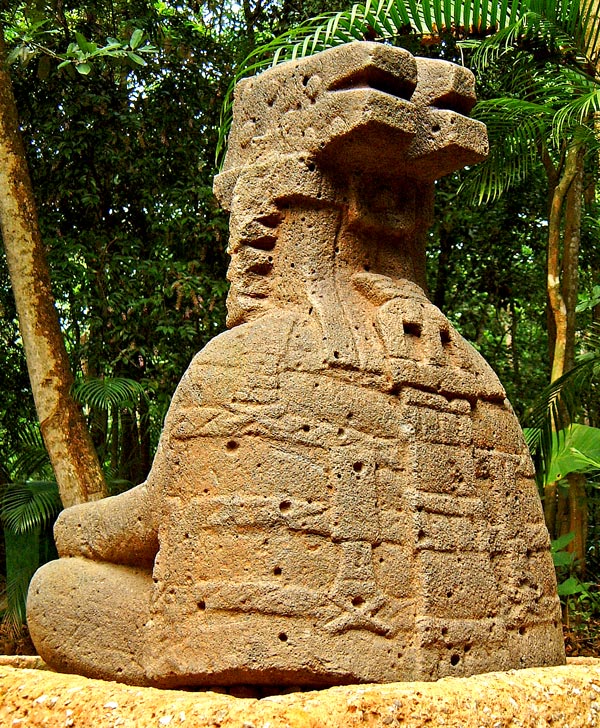