The statue known as El Fraile stands in the south east corner of the Kalasasay. The objects held in his hands have been the subject of some speculation, with some believing them to be the alien power tools that were used to construct the city. It seems more likely they are containers or cups of some kind though. 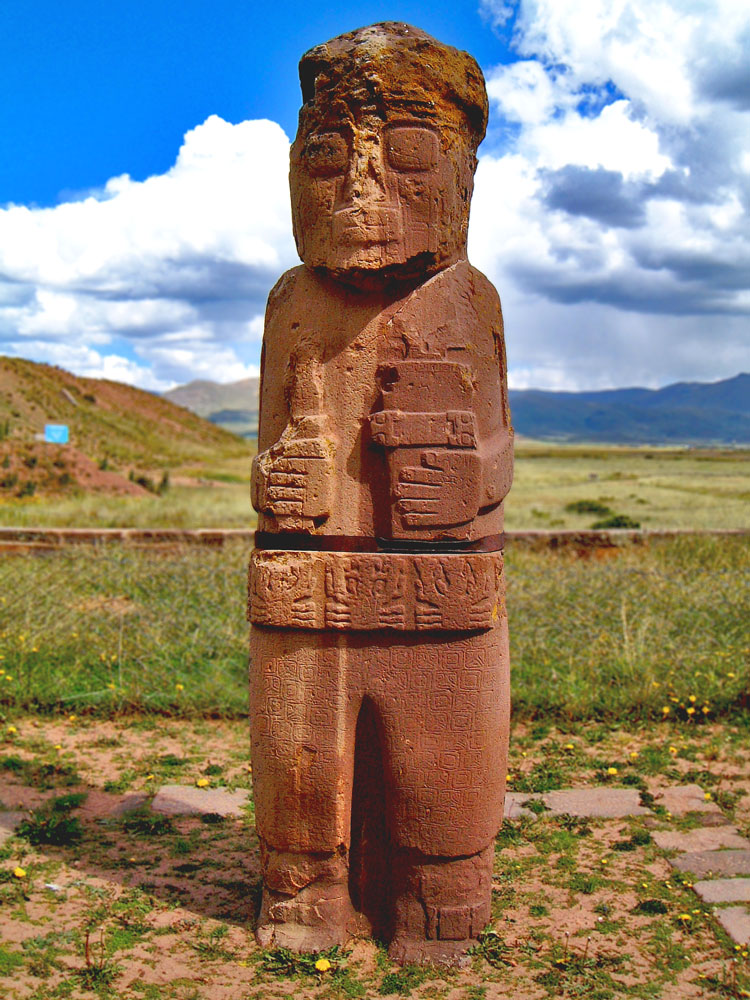