This is Templo I which is commonly known as the Temple of the Jaguar because of exquisitely carved wooden lintels found in the temple at the top of the pyramid which depict a ruler sat on a jaguar throne. The temple was built in around 732 AD by Yik’in Chan K’awiil who was the son of one of Tikal’s greatest rulers, Jasaw Chan K’awiil I, who was found buried deep within the structure (read more). 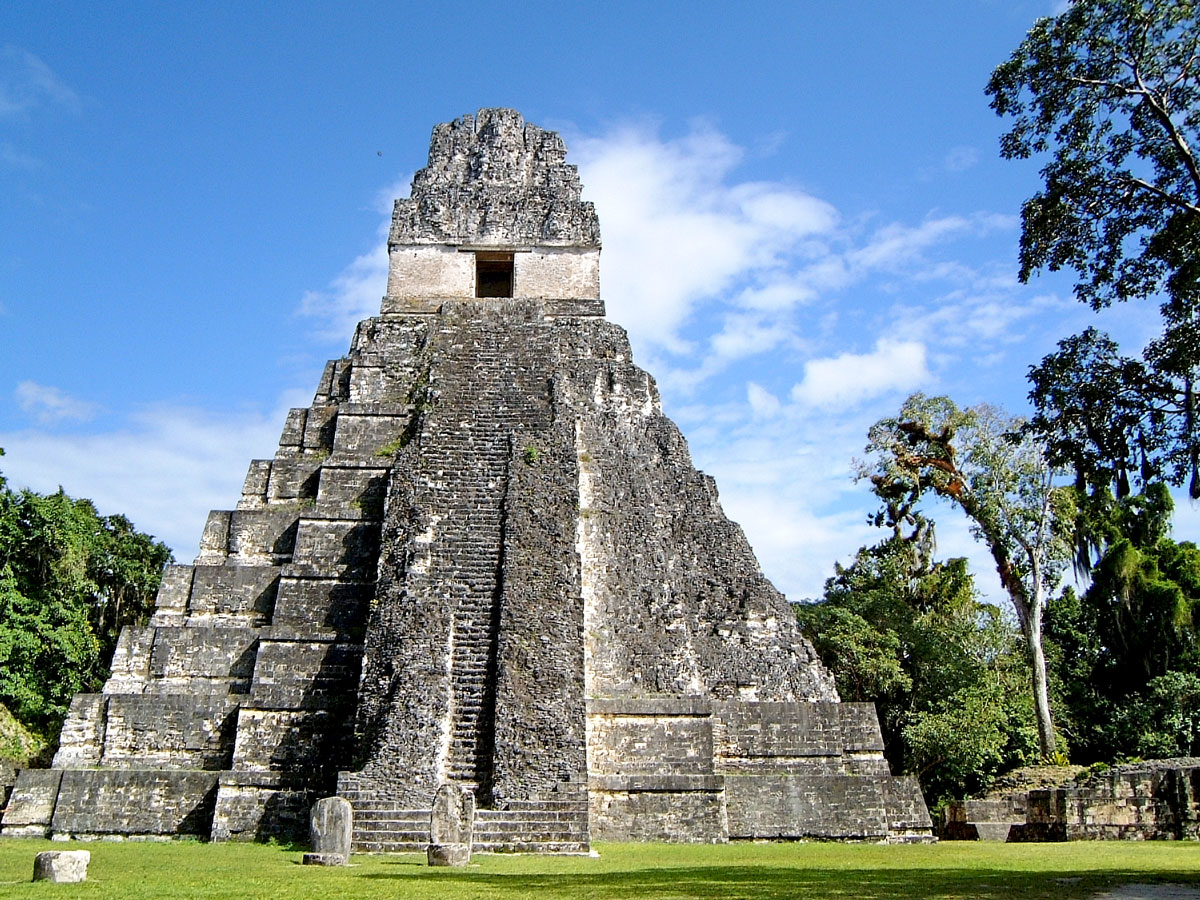