Altar 5 from La Venta features a man emerging from the front holding a child. This part of the Altar is too badly worn to identify exactly what is happening, but it is similar in theme to other monuments where the child has been identified as a “Were-Jaguar” baby. On the near side of the Altar we can see two men holding children. All the characters have down-turned mouths which are thought to be symbolic of the Olmec jaguar deity. The child we can see here looks exactly like the motif found on Monument 1 at Las Limas which is a “supernatural” known as the “Bird Monster”. 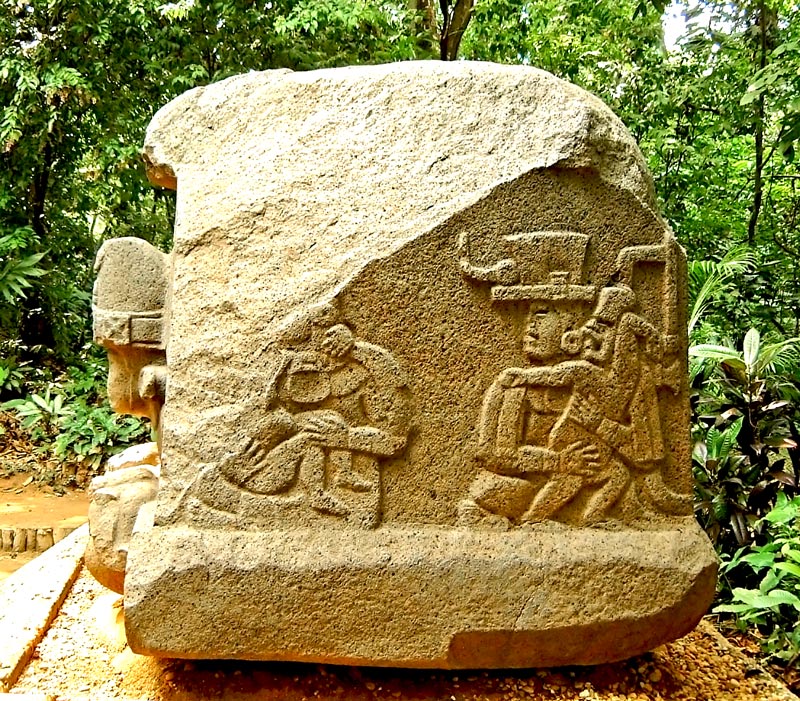