Fig. OCM01 – The isthmus of Tehuantepec

This satellite image highlights the isthmus of Tehuantepec. The highlighted area covers the three main cities of the Olmec around the cleft in the north (La Venta, San Lorenzo Tenochtitlan and Tres Zapotes), the city of Monte Alban in the southwest corner (which had a strong Olmec influence), and Palenque to the west. These cities are marked by stars.

The whole region clearly takes the hyperboloid form that may have been represented by the Olmec “X” cross that is used so frequently on their carvings. The northern region creates a cleft, and the 3 cities of the Olmec form a clear “V” shape which could explain the symbolism of the cleft-head on many statues. 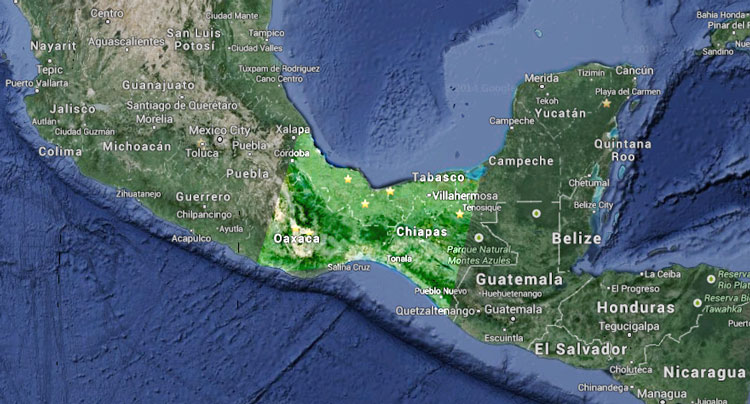