Teopanzolco is locked within the suburbs of the modern city Cuernavaca, with which it almost certainly shares its history. Cuernavaca, known to the Aztecs as Cuauhnāhuac, sits on the edge of a lava flow high upon the altiplano less than 30 miles south of Mexico City. The so called “City of Eternal Spring” made an ideal setting for agricultural development; with fertile soils, a steady climate, and a consistent annual rainfall – all provided by the volcanic mountains and high altitude plains. Civilised occupancy in the area stretches back to the Early Formative Period (1100-900BC), although this was broken for the best part of a millennia – possibly due to the eruption of nearby Mt Xitle.

When civilisation returned, it was the Tlahuica was settled the area first, who were one of the Nahuatl speaking relatives of the Mexica (Aztec). The Cuauhnāhuac region and the city of Teopanzolco featured strongly in the development of the Aztec Empire, with war and marriage uniting the two cultures at the close of the 14th century. Aztec influence at Teopanzolco is clearly evident, with the archaeological site dominated by the Great Platform, which features the distinctive Aztec twin-stair design and is topped by the two Temples of Tlaloc and Huitzilopochtli. This distinctive design is renowned from the drawings and chronicles of early Spanish conquistadors who witnessed the great Templo-Mayor at the centre of the Aztec capital, Tenochtitlan. Tickets from 2001The Templo-Mayor is perhaps best known for the gruesome ceremonies that took place upon its twin-stairs, where beheaded corpses of sacrificial victims were sent crashing down to the baying crowds gathered at the bottom. It is thought that the temple here was a precursor to that mighty temple and almost certainly served the same bloody purpose.

The archaeological site of Teopanzolco is an easy bus ride from Cuernavaca’s city centre. However, the site is small and fenced-off from the residential suburb, which makes it feel more like a recreational ground than an enigmatic ancient city. However, Cuernavaca is one of Mexico’s best cities, with attractive pensions  that feature floral courtyards and homely atmospheres. The city enjoys a general (clean) air of youthful excitement brought about by its student community and its proximity to Mexico City makes it a popular retreat for Mexico City’s workers. Cuernavaca’s enjoys a constant fresh temperature with it’s daily average fluctuating from a high of 26°C in the summer to a low of 19°C in the winter. There is also the huge archaeological site of Xochicalco just a few miles south of Cuernavaca and the spectacular hilltop sites of  Malinalco and Teotenango just a few miles to the west. Therefore Cuernavaca is an excellent hub for exploring the ancient ruins of Mesoamerica – so you may as well spare an afternoon for a quick trip to Teopanzolco! 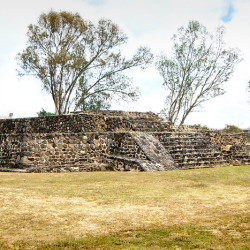 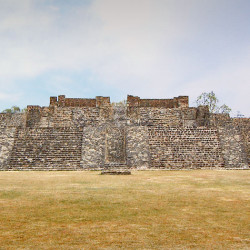 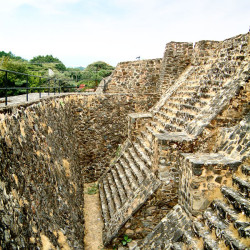 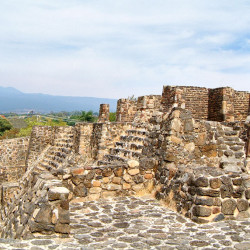 Temples of Tlaloc and Huitzilopochtli 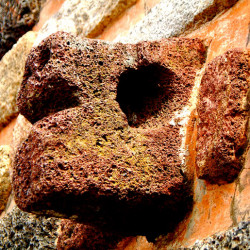 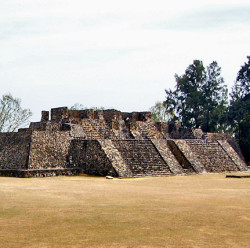 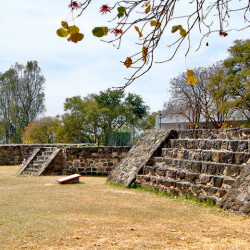 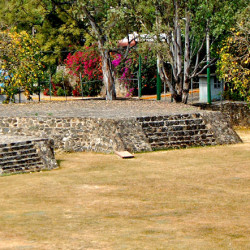