La Quemada is also known as Chicomóztoc thanks to its association with the Aztec origination myth. This remarkable city dominates a seemingly impossible location, halfway up a craggy hill situated at the heart of the remote and inhospitably desolate plains found on the northern frontier of Mesoamerica. La Quemada’s location and environment led many to believe it operated as a trading outpost and frontier fortress built to trade with, and defend against, the peoples of  south-west North America. La Quemada, meaning “The Burned”, was given its name after early investigations revealed many of the buildings had been burned down. This, coupled with the city’s defensive northern walls and domineering platforms, further supported he idea that the city had been built by a civilisation from the Mesoamerican heartland far to the south to control this territory and its trade, and that it had been destroyed by the marauders it had been built to defend against. The only problem that remained, was who had built this incredible city?

Recent archaeological investigations have only deepened the mystery, with radiocarbon dating demonstrating that La Quemada was actually a forerunner in building such incredible structures and  had little external influence from the major civilisation of the south.  The mystery of who the builders were is yet to be decided – and the whimsical 18th century idea that La Quemada is the fabled birthplace of the Aztecs is becoming increasingly plausible.

The highlights of La Quemada begin with its dramatic remote location, which adds an air of adventure amidst the wilderness. The first building you encounter is the iconic Hall of Columns, which was one of the most  gargantuan buildings ever erected in Mesoamerica. From there, you walk along the processional causeway, through the Ball-Court, and on towards the mysterious, non-stepped, Votive Pyramid – a unique masterpiece that exudes elegance. To the left of the pyramid is a set of incredibly steep stairs which take you to the Cuartel, the hub of La Quemada’s daily life. You then continue to negotiate your way along precarious terraces and perilous stairways, around the hill and up the hill through five tiers of architectural brilliance, much of which was designed to work as a magnificent timepiece that enabled religious dignitaries to track the solar and cosmological events. La Quemada is undoubtedly a spectacle that is well worth the lengthy travel getting there to explore. 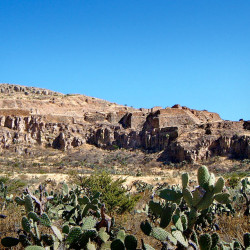 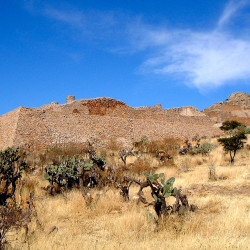 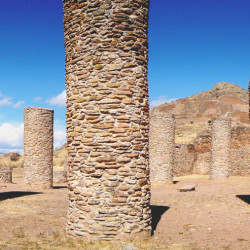 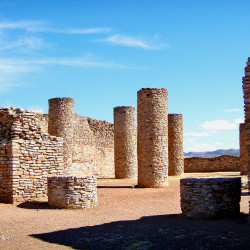 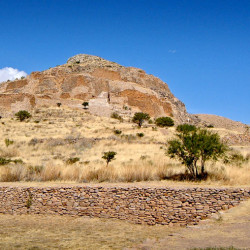 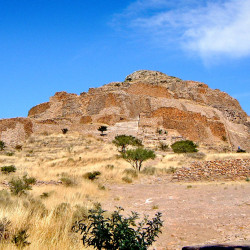 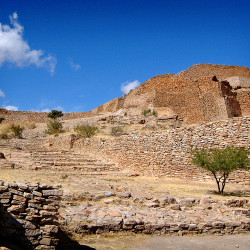 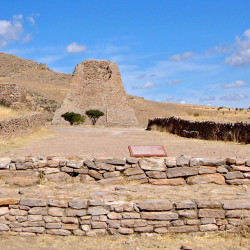 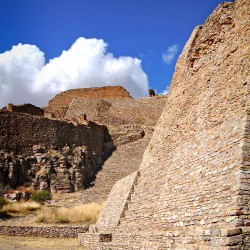 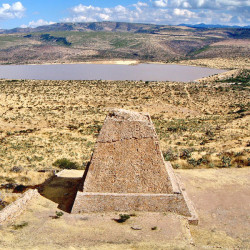 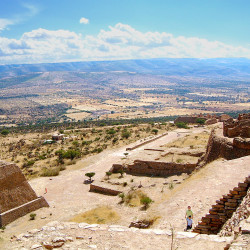 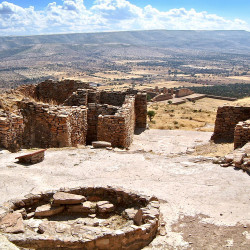 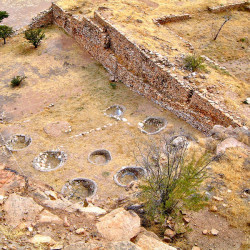 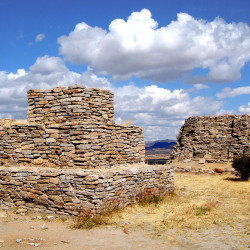 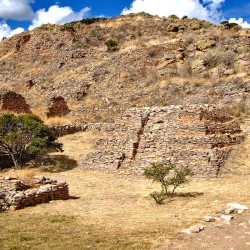 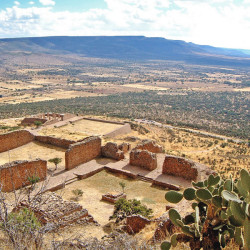 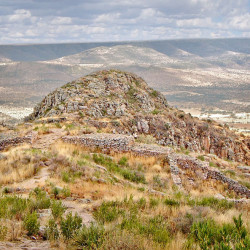 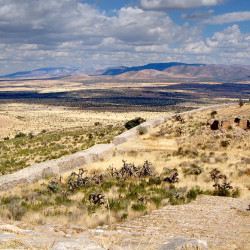 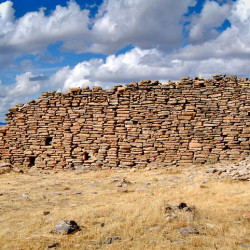 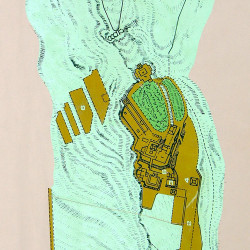