This is the view of Grupo G from the southern end of its plaza. Group G is also known as Acanaladuras Palace and is thought to have been the Palace of Yik’in Chan K’awiil who was the son and heir of Jasaw Chan K’awiil who was buried within Tikal’s most iconic monument Templo 1 (read more…). 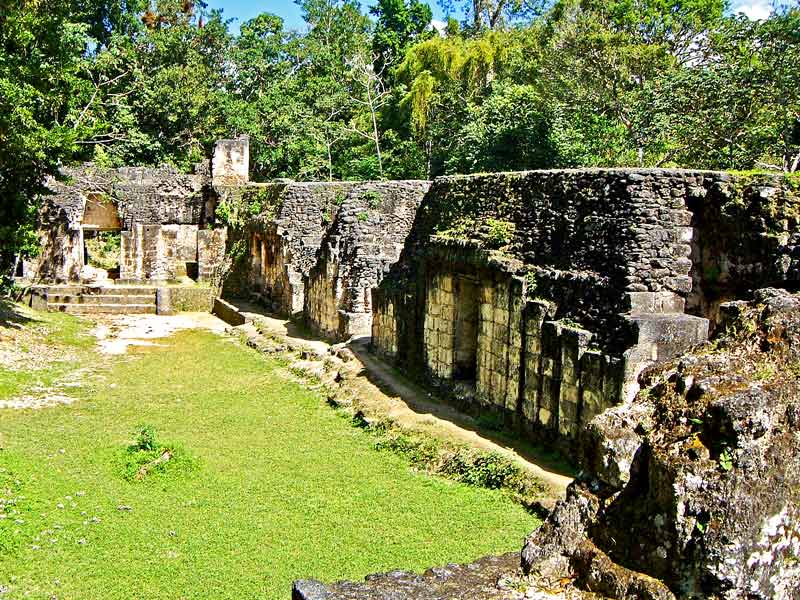